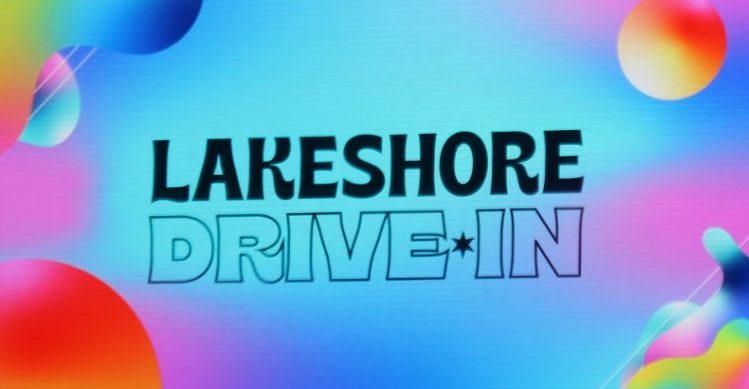 Going to the Drive-In during COVID

I haven’t been to a drive-in since the late nineties. If memory serves me correctly, I saw a double feature of Twister and Erasure in the south suburbs. And in the movie Twister, a tornado hits a drive-in. This experience was much better. And full of so many joyful surprises.

What was this event?

I went to an advanced screening of Season 1, Episode 6 of the HBO series Lovecraft Country at the Lakeshore Drive-In.

What is Lovecraft Country?

According to the Lovecraft Country HBO website (I knew you wouldn’t click on the links above!), the show is “Based on Matt Ruff’s novel of the same name, Lovecraft Country follows Atticus Freeman (Jonathan Majors) as he meets up with his friend Letitia (Jurnee Smollett) and his uncle George (Courtney B. Vance) to embark on a road trip across 1950s Jim Crow America in search of his missing father (Michael Kenneth Williams). This begins a struggle to survive and overcome both the racist terrors of white America and the terrifying monsters that could be ripped from a Lovecraft paperback.”

How does the Lake Shore Drive-In process work?

The show started at 8pm. Doors opened at 7pm. We showed the guards our ticket (PDF sent via e-mail) at Museum Campus and Solidarity Drive. We drove towards the Adler Planetarium and waited in a line of cars. We waited for about forty minutes, but we went EARLY because I have experienced the crushing defeat of being late with first come first served. After we entered the actual drive-in, we were directed to a parking space.

How was the view?

I had zero expectations; I was only focused on getting in. There is a main stage and two side screens. No one got to park in front of the main stage. Which I thought was really fair. Both sides of the parking lot had port a potties. Each car line had eight feet of space between with orange chains and columns.

Port a potties. This year after so many businesses closed their restrooms, I am not complaining; COVID made me sincerely appreciate port a potties. If you had to visit the restroom / port a potty, you were asked to wear a mask.

Will there be food?

We were provided a menu with a QR code. We didn’t order food, but I loved that food could be ordered and delivered to your car. I did bring some inexpensive snacks and half a bottle of water (again didn’t know about the bathroom situation).

I wasn’t expecting this !

When we pulled up to the gates, we saw two people outside of the car ahead of us. I thought they were going to search the car or that people were being searched before entering. So to receive freebies was such a turnaround of emotion – thank you HBO and all the sponsors who provided such an unexpected treat!

When we parked and got settled, we opened the lunchbox and examined the freebies. We found a card that stated, “HBO partnered with black owned businesses to create these treats for your enjoyment.” The popcorn is from Pittman’s Popcorn Shop, the cookie from Sweet Petit Desserts, the bandana was designed by Obi Arisukwu, and the bottle opener is from MJ Wood Co.

I kind of felt like a kid at Christmas again.

How was Lovecraft Country?

I have a passion for all things dystopian and sci-fi. It runs deep; I was barely in grammar school, but I was a dedicated watcher of V, the Twilight Zone, Friday the 13th the Series, Twin Peaks, and Tales from the Darkside. This was my first time watching a full episode of Lovecraft; I was aware of series from hearing my friends rave about it, but I do not have cable. I loved Lovecraft Country not only for its sci-fi elements, but also because it discusses, addresses, and illustrates topics and issues people of color faced and continue to face decades later. I cannot give you details as I don’t think HBO would appreciate me ruining episode 6 for you.

How was leaving / traffic ?

There was no traffic. By leaving wide lanes in between the horizontal lines of cars, organizers ensured people could leave efficiently. There was no cutting people off and traffic tie-ups. We were parked on the furthest away from the entrance/exit, but there was none of the usual waiting and bad behavior associated with big venue exits.

Do not park by a SUV if you are in a car. There was no bad view, but our first parking space was near an SUV. It was hard to see, but the attendants allowed us to change our space immediately.

Bring a flashlight or know where the lights are located in your car. Check around and underneath your car to see if you dropped anything. It was dark and hard to see. After the program was over, the lights came on and we could see.

I confess – I almost didn’t go. Why go when you can just watch the show on cable? Sometimes instead of saying why, you have to ask yourself, why not? I often forget that sometimes I need to leave my comfort zone. This experience taught me not dwell on all that could wrong, but rather focus on the experience and the chance to see, try, and do something new.

One Reply to “Lakeshore Drive-In and Lovecraft Country”